The Sea Strike is a 31 foot bertram, made in Miami Florida. The 31′ Bertram has a reputation for being a ” Strike Boat” and is famous the world over for producing big fish. The first 31′ was called the Moppie, named after Richard Bertram’s wife. It was designed to be an open ocean race boat and is one of the first deep V hulls. In its first race in April 1960, Miami to Nassau, it set a course record of 8 hours, which was two hours ahead of the second place boat. After the 31′ was converted to a Sport fisherman in 1961 the legend began. Sea Strike has been right in the middle of it for the last 35 years right here in Kona, fishing out of Honokahou Harbor, on the Kona Coast of the Big Island.

The Sea Strike has twin diesel engines, a flyingbridge, and tower. All tackle, coolers and ice are provided. Anglers need only to bring whatever they like to eat and drink.

Exclusive charters are available for 1/2, 3/4 and full days. 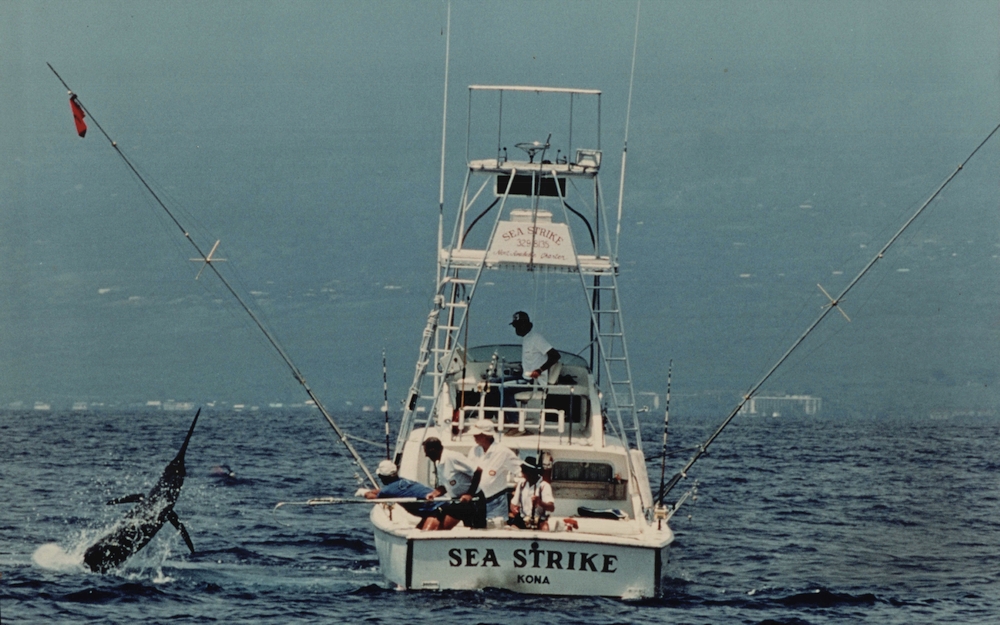 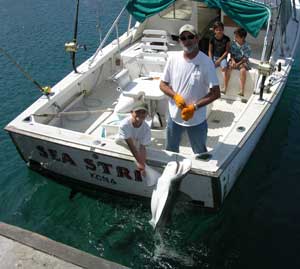