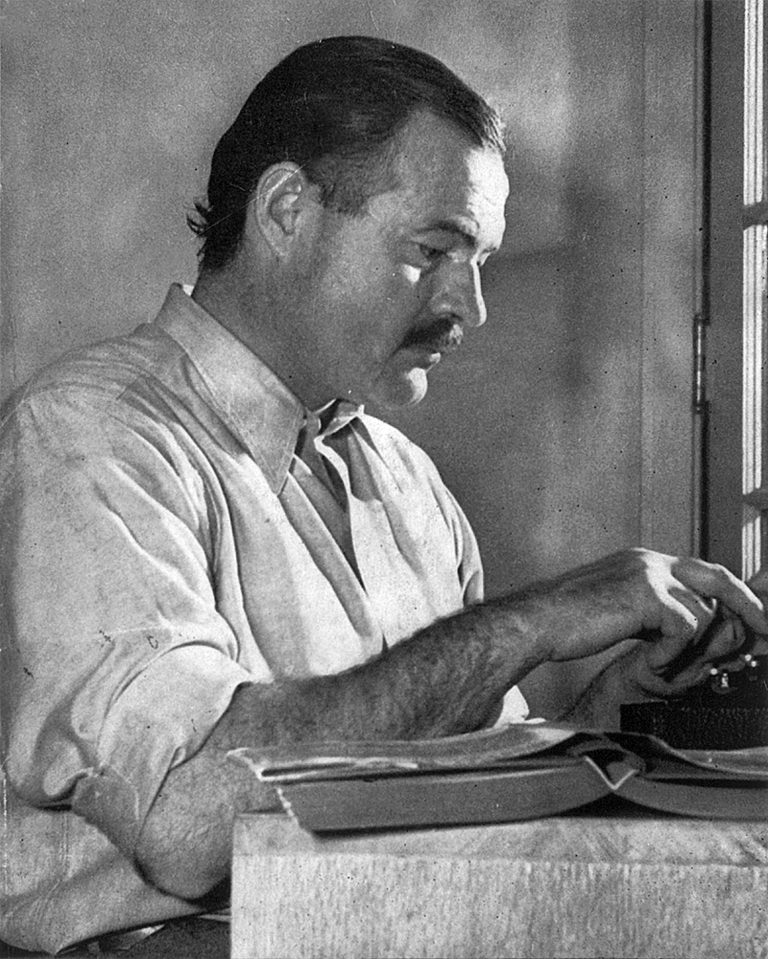 Before the United States had been engaged in World War 2, famous writer Ernest Hemingway made a journey to Kona. He was on honeymoon with Martha Gellhorn (his third of eventually four wives). The International Game Fish Association (IGFA) was just starting out.

Hemingway was asked to verify a catch for the IGFA that had been made in Kona. It was an 815 pound blue marlin. Back then, blue marlin in Hawaii was called black marlin. Robert Clapp had chartered IGFA member Charlie Finlayson’s boat and caught the fish.

Hemingway could never entirely verify the catch – only the head and tail remained of it. Yet it was large enough for Hemingway to decide to head out to Kona and talk to Finlayson himself. They rolled some other activities into their Kona detour: including fishing, hiking, and sheep-hunting.

When Hemingway talked to Finlayson, he was introduced to the contraption Finlayson had used to catch his marlin. It was a chair like a rower’s, designed to slide forward along wheels in tracks. A deckhand would then slide the chair back for the angler, doing some of the hardest work.

This incensed Hemingway, who wrote to the IGFA and insisted any fish caught this way could hold no record. He complained that it gave the angler an unfair advantage and required the deckhand to do the real work of, essentially, hauling the angler’s body and chair back.

Of course, back then Hemingway didn’t enjoy fighting chairs with a bucket seat and harness either. One has to wonder what he would’ve thought of how we sport fish now. At least it doesn’t require a deckhand to physically pull you back.

We have to wonder if there’s an alternate reality out there where Finlayson’s chair took off, and sport